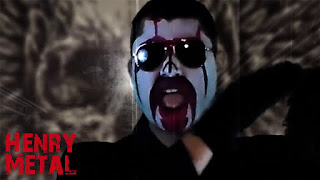 Henry Metal is a new Metal Project/Band featuring the talents of one Henry Metal- calling it new almost feels wrong because the man has accomplished more in two years than some bands accomplish in a lifetime, that is, recording 8 albums of highly diverse Metal that recalls everything from the humor of Frank Zappa to the crunch and aggression of vintage Megadeth and back. Henry Metal has just released his eighth album, the directly titled “8”, and what follows is my interview with this highly talented musician and producer.

Tell me how Henry Metal started and what inspired you.

It kind of just came together as a hobby.  I didn’t want to overthink it or expect too much from it but just include a whole bunch of cool stuff from the rock and metal lineage in an honest and straightforward way.  I also saw an opening because commercial music seems so over processed and calculated that there’s no room for risks or mistakes.  I love risks and mistakes and wanted Henry to be all risks and half mistakes.  I think we’ve done a decent job so far.

What is the concept of “Robes of Eight”. The song ‘Congregate” from your fifth album features the lyric “we wear the robes of the number 8” – How are the two songs related?

When the title for the record was “8” it became obvious that Consecrate had the lyric in it and the number 8 is a cool number for some reason.  I’m no numerologist, but I think 8 is perhaps one of the finest numbers ever conceived by mankind.  One idea was to build up a loop of the original chorus and use that but making a whole new tune out of a very ambiguous lyric was a little more fresh.  I guess the song is about the fact that seeing a concrete meaning is a barrier to the gates we can enter if we choose to be done with meaning, to unify our minds and become un-stuck. 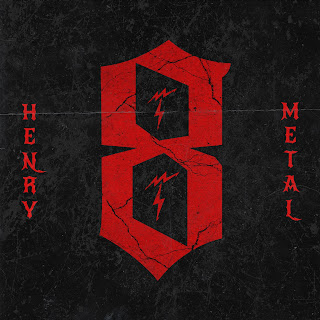 Your music has a very theatrical element to it- at times, it almost reminds me of something that would’ve been produced by (Famed producers)  Bob Ezrin or Roy Thomas Baker back in the day- what has influenced this element of your music and what are some of your favorite albums with these types of elements?

Yeah, I think the dynamics and the energy of a song building into something as it goes is really important and is a different kind of listening experience from something that is all about the hook.  The Rock format has always been taking a little time to actually listen to an album and live with the artist for a moment.  Those theatrical elements are a big part of what Henry is about.  Those guys really defined what music production was before it became about insta-hooks and DAW’s and plugins.  Production wise, Henry uses all of the modern tools to get big sounds but the human element is front and center, if not exaggerated.  There aren’t any parts that are looped or anything like that, it’s all about performance and letting the tune unfold in its time.  I really like instrumentation and clarity within the music and I think those guys, coming from more traditional backgrounds, really made a sound that was clean and polished using the available tools but got the message and energy across using simpler arrangements which created space to let the songs breath.  To my ears, it adds power when you cut down on the clutter and let the instruments speak for themselves within the songs.

How do you keep so prolific and fresh, you release albums pretty much on a sequential basis that puts sixties bands to shame. I recall reading about these late sixties bands releasing 1-3 albums per year, rather than in say the metal scene now every 2 to 5 years, yet you had 5 full lengths released in 2017 alone. What do you acknowledge as the source of your tenacity?

It’s really improv from the riff to the hook and everything in between.  I think it’s important to trust whatever comes out, whether you think it’s good or bad, simply because it came out.  It’s really interesting to see not only what comes out but how it comes out and how it ultimately turns out.  We’re all just pretenders using symbols that were handed down to us in our own insane little way to create something new, which really is a very easy and natural thing to do.

I don’t know about you but I feel this way about a different girl once or twice a week!  Oops, is that legal?

This is kind of a producer/music geek related question (Well the second one anyway): Do you have any preferred methods of recording that you use?

Production for the project is as simple and old school as it gets.  All of Henry Metal’s records are produced on a Portastudio, no kidding.  Only basic effects are used and there is zero computer editing, no vocal comps, and not even a large diaphragm microphone.  The vocals are recorded with a handheld SM58.  The song is played and the only edits are punching in and out.  All compression and even delay is just coming in on the original signal to track, and the mix comes together as the track is built.  By mix time it’s only a matter of levels and reverb.  My producer buddies have physically cringed at the blatant disregard for all rules of audio engineering.

I heard a rumor somewhere on the line that some of the members of Henry Metal are involved with the Industrial Metal Project, Vessel Decimal- is there any truth to these allegations?

No, this rumor is not true, but it would be hella cool if it was.  Henry is just a kindred spirit doing a related artistic thing, but maybe would love to get down to the park Arizona sometime and write some ridiculous shit with those ridiculous MOFO’s.

There is a (Somewhat) more serious vibe to the new album vs the previous one, to give an example. What do you attribute this to, as well as even a vaguely political bent to songs like “Propaganda”?

The record just kind of came together that way.  It’s still about stuff and things, but a little less on the crazy side only because it didn’t seem to fit in certain spots.  Henry was really never all about comedy and if he was, it was more in an Andy Kaufman type of way than anything else.  Really, everything in this world we make is funny, including the propaganda and bullshit that people try to fool themselves with and think they’re fooling others with.  Politics is obvious bullshit and something that we’ll all probably need to transcend someday.

What got you into using winberry lavender shampoo?

Ha!  I don’t even think there is a Winberry Lavender shampoo, but it sounds like something the chemists should get right on.  Win’bree is just a sort of love song about celebrating all of the happiness and wonderful things that mummy dust can acquire for us.  I’m being facetious, of course.

Are we going to see Henry Metal play live in the near future?

Touring is a whole different business and something that needs to happen organically.  The project is very young, less than 2 years old, and it takes lucky bands decades to get to the point where a real tour makes sense.  That being said, if I had my druthers, it would be nice to do something kind of ongoing in Vegas one day, where the show could really be perfected and do justice for the fans and the musicians.

I would like to extend a special thanks to Henry Metal for this glorious interview, and you can hear Henry Metal’s music at the following links:

Popular posts from this blog 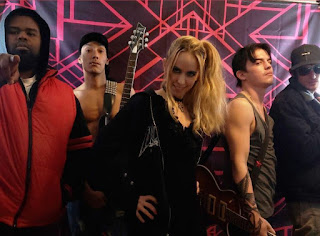 Sepsiss are an up and coming female fronted Metal band coming from the distinct woods of the Northeastern United States, that is, Manchester, New Hampshire. The bios of the band members mention everything from Napoleon Hill to Quincy Jones to Motley Crue, Iron Maiden and beyond, so you know you’re bound to get an eclectic mix of elements and attitudes contained in the music.
I recently conducted an interview with William Savant, the cofounder, prominent songwriter, and lead guitarist, and this is what he had to say:

What does the name signify?
(WILLIAM SAVANT : ( composer/guitars / co founder )
The name it self , spelled as it is means nothing in English until it represents something. Being a play off an actual word you might have heard before, certainly helps. We were also keen on the fact if other bands would use the obvious spelling, confusing people, making our version " ownable " google searchable. A title is only as meaningful as its operable owner.

What are your main inf…
Read more

Interview: With One Word 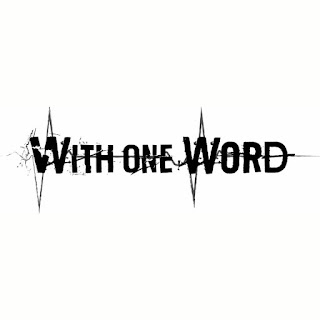 With One Word are an up and coming Metalcore band from Switzerland. They play a very aggressive style of Metalcore with a wide range of influences. Recently, Mattowarrior's Metal Madness conducted this interview with them:


How/When did With One Word start? What was the original impetus for the project?
Lex: It all started in september 2015 when a friend of mine tagged me on a facebook post from Arran's former band "Bad Blood Behaviour" that said they were looking for a new guitarist. After a first jamsession I brought in Silvan as a second guitarist and we began to write songs together under the new bandname "With One Word"
2. What bands, or even films, games, or even books influenced the project)?  Arran: It's really hard to say which bands influence us, as every bandmember tends to listen to different metal-genres. I feel that Lex's favourite band Avenged Sevenfold certainly has an influence in our music. Personally I get my inspiration for vocals fro…
Read more 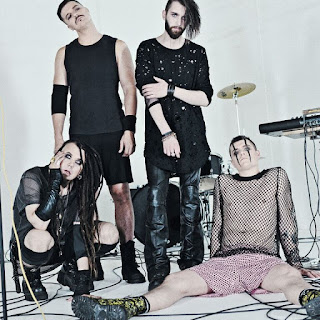 Evestus is an Electronic/Industrial/Rock Band from Estonia who has just released their new EP, Post 18 Depression. I found them to be an intriguing example of a modern band playing a classic sound that exudes atmosphere, attitude, and angst. Here is my recent interview with mainman Ott Evestus, covering a variety of topics:


How/When did Evestus start? What was the original impetus for the project?

I used to play drums in a few bands and then do vocals in a metal band for some years until I started experimenting with computer music. My first album came out in 2005 called “Destiny In Life” and it's absolutely horrible glitchcore/samplecore experimental piece of work mainly consisting of samples from movies and cartoons.. I decided to call this project after my last name which is Evestus and .. well.. despite this horrible creation I got signed to Canadas Dtrash records and just kept going. I've come quite along way since then haha!
Who are your influences, (and definitely include f…
Read more 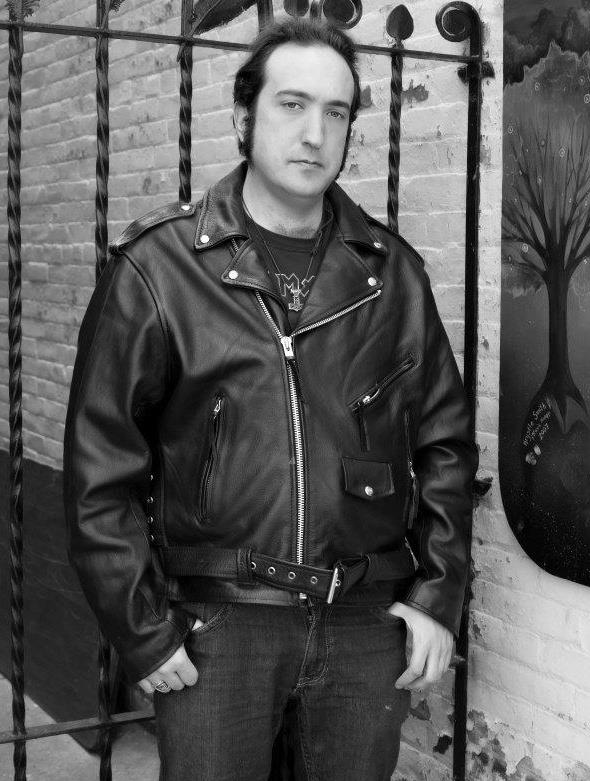